This post is a breakdown of the current tech company and startup scene in NYC. It analyzes companies by HQ Location, Founded Year, Employee Count, Total Funding Amount and Industry.

New York) is far and away the most populous city in America. Los Angeles comes second in terms of population and its spread out over a much larger area. San Francisco the 17th most populous city has the most tech companies, according to previous analysis. New York comes in at #2 on our list of cities in the United States and the tech companies headquartered there with 794 software companies, tagged by NAICS code.

In this post I'd like to examine these eight hundred companies based in New York to see what we can take away. We'll analyze the dataset by looking at HQ Location, Founded Year, Employee Count, Total Funding Amount and Industry. I'm based in the Bay Area but hope this'll be beneficial to anyone looking to learn more about the NY tech scene in this remote-first world 🌎

New York is a big city with many boroughs. Living in one can feel like another's a world away. Many people work remotely but even still it can be nice to know the people you spend all your time working with aren't that far away. Even in a remote world we're social creatures; location remains important.

We're working on an interactive mapping application, until then we created some static images of where these ~600 companies are located. Some are in the same buildings so appear in one dot. Ideally we'll have a choropleth going forward, maybe broken up by zip code. I love those types of maps! 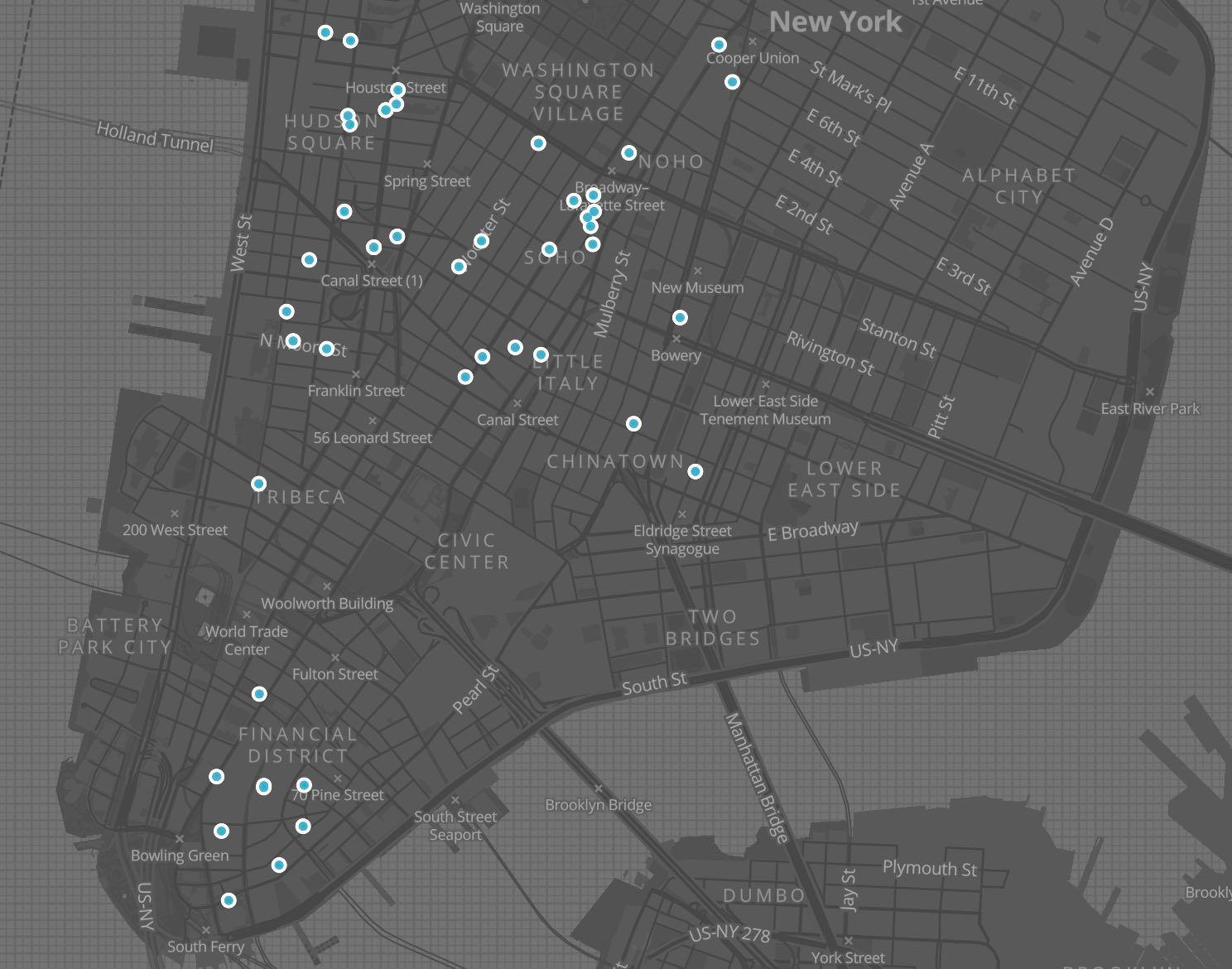 These maps of New York give a high level sense of where the companies set up shop. To see the full list you can login to the Employbl dashboard and add "New York, NY" to the HQ Location filter. To dig into that we'll start by looking at when these companies were first founded.

To start off let's look at companies founded this year and last year. To view the full list with more information you can login to the Employbl dashboard and filter by Year Founded and select "Past Year".

In a previous post looking at non-acquired software companies in the United States I noted there appears to be a normal distribution when grouping companies by founded year. Most active companies now were founded between 2015 and 2018. Companies founded before that begin to die off or acquired. Companies founded more recently haven't had time to ramp up or appear on anyone's radar yet. The year a company was founded won't tell you the whole story but can still provide insight into a company's trajectory.

I hope this post has provided some insight into the NYC tech and startup scene. There's plenty more data to explore. To view and filter all of the data login to your Employbl dashboard and give it a whirl! If you have any questions hit me up on Twitter: @connor11528