Boom Supersonic is a commercial airplane manufacturer that builds a 65- to 88-seat supersonic airliner. Boom Technology is making supersonic passenger travel into reality by making a supersonic airliner. Boom was founded on the philosophy that they need to overcome the challenges to supersonic passenger flight, not surrender to them. They're making a supersonic aircraft affordable for business travel. Their ultimate goal is a routine supersonic flight for everyone. Boom Supersonic is redefining what it means to fly in a commercial aircraft by building Overture, its Mach-2.2. It was founded in 2014 and is based in Englewood, Colorado. 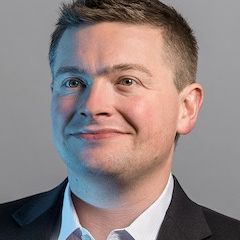