Employbl
Sign in Try Employbl for Free
To discover, search, filter and sort thousands of companies, funding rounds and job listings you must sign in.
Employbl is a purpose crafted, comprehensive search engine for tech professionals.
Get Started 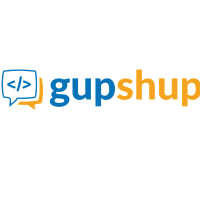 Gupshup enables its users to communicate and share their short messages privately and publicly.HDFC and ZeeTV to engage and retain consumers. Its platform handles over 4 billion messages per month and has delivered over 150 billion messages in total. Gupshup also developed a smart messaging app, Teamchat, which introduced patent-pending “smart” messages in 2014, only now being offered by other messaging apps. Gupshup’s Smart messaging platform also provides tools for developers to quickly and easily build, test, deploy, monitor, and track bots and other smart messaging services. The company was founded in 2004 and is headquartered in Cupertino, California.

Sofware Companies in San Francisco
You can find more tech companies and startups, with financial and hiring information by creating a free account.
Get Started