All about H1B visas, Labor Condition Applications and big US tech companies that sponsor H1B visa holders to come to America.

What is an H1B visa?

An H1B visa is an immigration classification in the United States for human beings. Most people that hold H1B visas are from India and China. Pretty sure that’s not fake news. It’s anecdotally confirmed by my time working as a tech recruiter in San Francisco. This article outlines more numbers and reports from U.S. Citizenship and Immigration Services (USCIS) about the nationality of H1B visa holders. There are 65,000 H1B visa holders in the USA currently, as mandated by federal law. 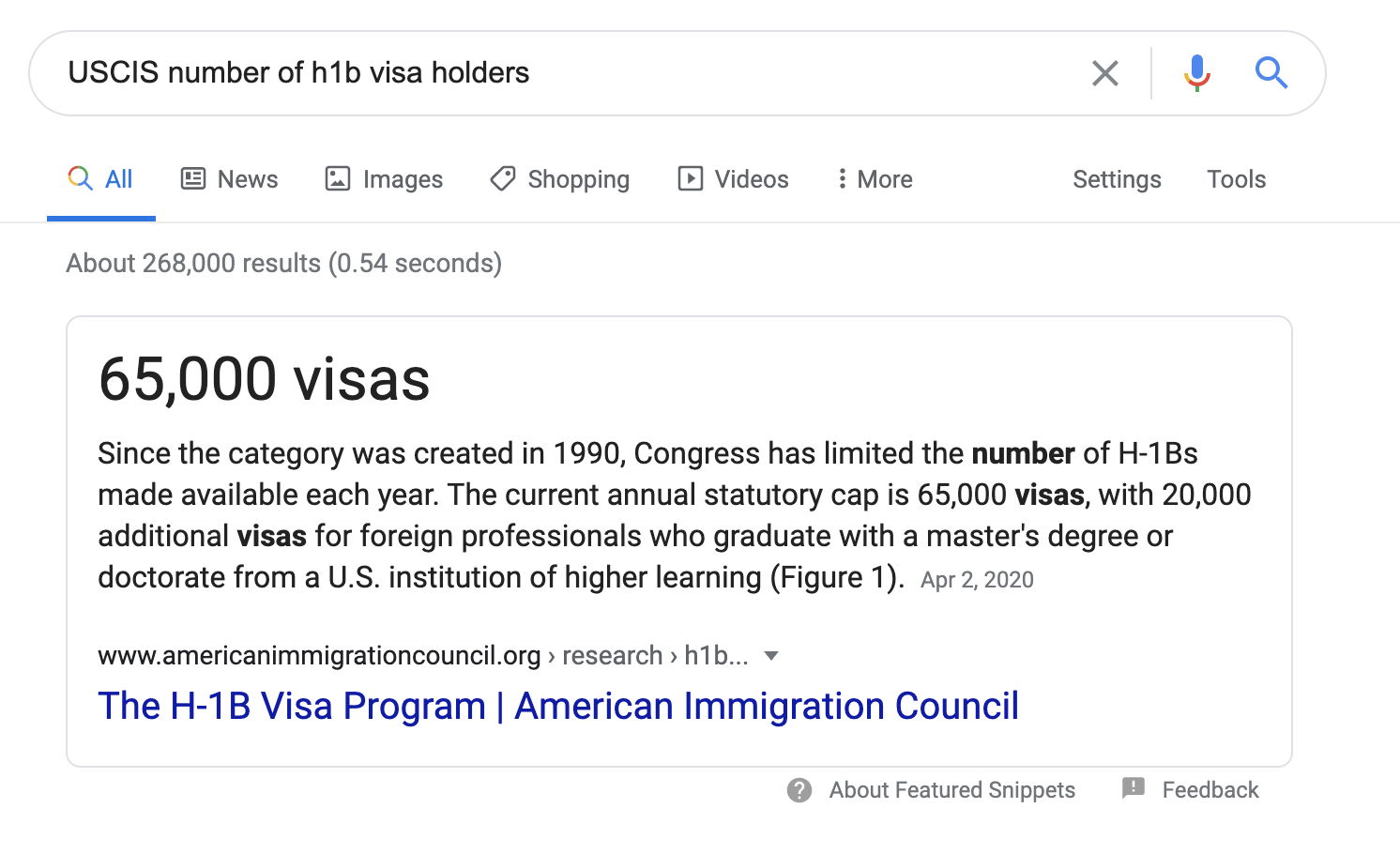 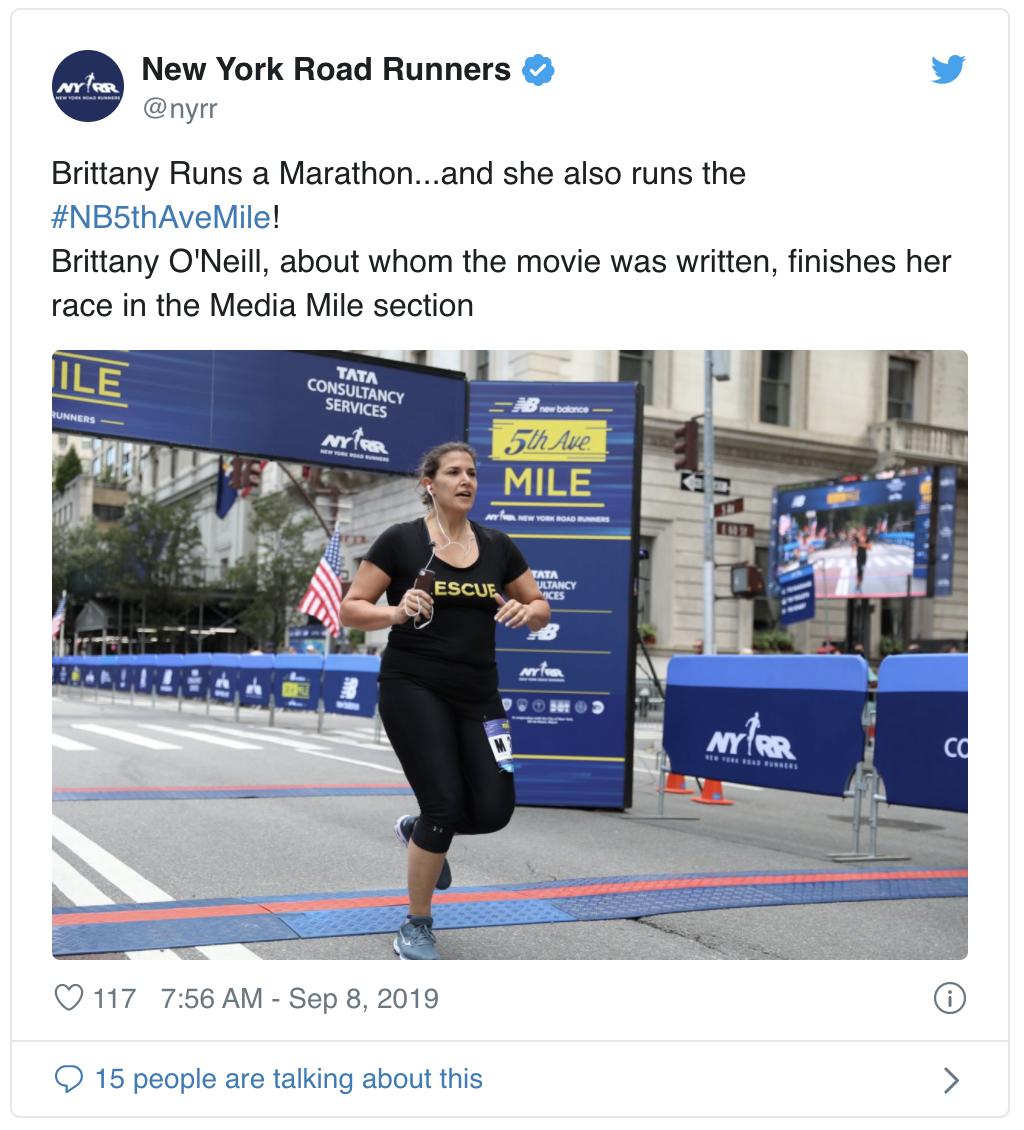 If you happened to be watching the movie and then Google’d the largest H1B employers in the USA like I did you’d find the below result including Tata Consultancy Services and another company called Google that you may or may not have heard of. These are the top h1b employers in 2020 according to myvisajobs dot com and the top search result on Google 🥁

It’s important to remember the laws that define these immigration classifications affect hundreds of thousands of people’s lives directly and millions more indirectly. I am not a lawyer. H1B visa holders build the software that powers your banking mobile app, your phone and pretty much every other software that you can imagine that’s built in America. It’s an important part of the American tech ecosystem and how our national economy functions. H1B visa holders directly power the top tech companies in Silicon Valley. Many go through the bureaucratic and hazardous US Immigration control system to become Green Card (Permanent Resident Card) holders and US Citizens. Others leave to other countries to build businesses there.

What is an H1B employer?

An H1B employer is a U.S. company that sponsors immigrants to come work in the United States on a temporary basis. In the words of the US Department of Labor:

The H-1B visa program allows employers to temporarily employ foreign workers in the U.S. on a nonimmigrant basis in specialty occupations or as fashion models of distinguished merit and ability.

The Immigration and Nationality Act of 1965 codified the ability of employers to temporarily employ foreign workers in specialty occupations in the US. Specialty occupations for tech companies are primarily software engineers. I really like the Department of Labor’s verbiage about fashion models of distinguished merit though. It’s a very high bar for anyone really. It’s not even fair to call our politicians fashion models of distinguished merit imho. It might not be fair to call all of our tech executives and the men and women running Wall Street fashion models of distinguished merit but the words are there, written by the government on a .gov domain and everything. H1B holders are brought into the USA on a “nonimmigrant basis” to work in “specialty occupations”. There’s a lot to unpack here but I think it’s important to follow how the system is being used, not necessarily what it’s intended to do.

How to sponsor an H1B visa?

In order to sponsor an H1B visa holder to come into the United States an employer must file a Labor Condition Application (LCA) with the Department of Labor. We have some data about Labor Condition Application filings thanks to my visa jobs dot com. They don’t totally give up exactly where and how they fetched the data but my visa jobs dot com gives us aggregates and breakdowns of total LCA filings by company. For instance the good people at my visa jobs dot com calculate there were 664,616 Labor Condition Applications (LCA) filed by 62,556 U.S. employers in fiscal year 2019. 100 companies filed a third of all LCAs though. That means there were sixty two thousand US companies that wanted to bring in over six hundred and fifty thousand human beings with specialty skills to work in America. The US government sets a cap of 65,000 H1B visas. That gives ten to one odds. For every ten LCA filings one H1B visa is issued to a human being. The cap on H1Bs makes the the system very competitive. The US Department of Labor states:

Current laws limit the annual number of qualifying foreign workers who may be issued a visa or otherwise be provided H-1B status to 65,000 with an additional 20,000 under the H-1B advanced degree exemption.

There’s the H4 visa which allows immediate family members of H1B holder to come and work in the US. H4 visa holders can legally work or start a business in the U.S. as long as their spouse's H1B visa is valid. The OPT and F1 visas allow students to come and get advanced technical degrees in the United States. There’s a cap to how many visas are issued and it’s controlled and administered by the federal government. As stated above, 100 US companies filed 218,964 or one third of all LCAs. LCAs are the filings that kick off the H1B visa process.

You can find the full list and historical data about H1B filings for tech companies on my visa jobs dot com. I’ve also saved the data in CSV format on GitHub here.